How Disorganization Affects Our Lives Part 1

You’ve seen the social media memes that suggest clutter is good because it’s a sign of creativity. For a few minutes, the memes make you smile and let you know that you aren’t the only person with a clutter problem. However, the truth is that being surrounded by piles of stuff is not a sign of creativity or productivity. It’s a sign of disorganization, procrastination, lack of control, and sometimes a lack of value or respect. It can even cause problems you may not even be aware of.

Maybe you think it’s just not that bad, it’s just a little clutter, and a little messy but it’s not hurting anything. The fact is that living like that can wreak havoc with your physical, mental, and financial health.

The clutter and disorganization around you are ruining your focus. It becomes hard to concentrate due to having to deal with the mess and thoughts that are continually popping up interrupting your flow. The exciting thing is that science is discovering that in some cases the clutter came before the mental illness. This means that there may be a cure.

The mess causes anxiety too because you may be worried about someone coming over, or wondering how you’ll get everything done, or concerned that you cannot find an important document. You may have many other things going through your mind that can be classified as mind clutter. Worry, anxiety, circular thoughts are all increased when surrounded by chaos.

Obsessions with The Past

Risk of Becoming a Hoarder

While not all people who have a ton of possessions become hoarders, it can happen. If you have a bunch of stuff lying around but it’s not blocking your walkway, and you still have some clean surfaces, and you can take a bath without removing the garbage you may be safe from being a hoarder. However, if you are starting to cross the line, you may want to get some help.

People with lots of clutter physically also have lots of clutter mentally that makes life, in general, feel messy and out of control. Usually when the clutter is cleared their outlook improves, and their mind becomes clearer. That kind of blows the idea that mental illness causes clutter – it’s really the other way around in a lot of cases. The fact is that mold is a common culprit in many mental illness diagnoses involving clutter. Some people are more vulnerable to effects from mold than others.

When you have too much clutter, you may not even notice that you have mold or that you had water damage because it’s all hidden behind the clutter. You may not see the dust mites, the vermin, or anything else unless you start to clean it up. The only way you can know that something is wrong is to be honest with yourself about how you feel mentally and physically in your current living situation. 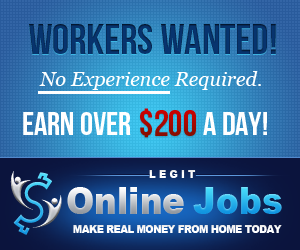